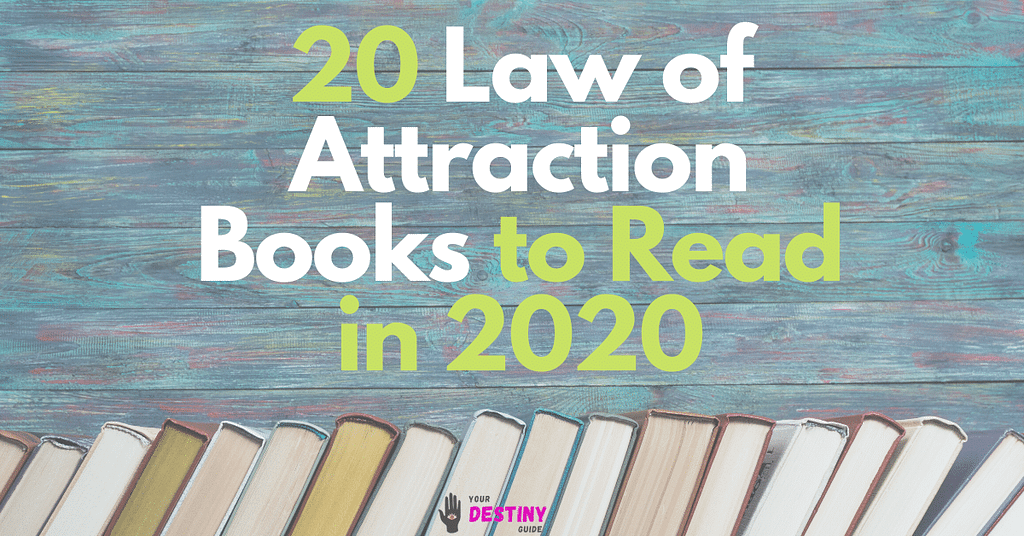 The universe is mysterious and how one person perceives it will be slightly different than another. In the same way, while the Law of Attraction is universal in principle, how it is approached and applied varies.

The basics are the same for everyone. After all, IT IS ALL ENERGY. But because every person has unique experiences and perspectives, the applications will differ.

This is simply a fact within this 3 dimensional reality we currently exist in. As a result, even Law of Attraction coaches and experts have different ways of defining and sharing their methods.

With that in mind, let us take a look at 20 Law of Attraction books to read in 2020. These are recommended for their effectiveness and versatility in applying the Law of Attraction for people in all walks of life.

The Secret by Rhonda Byrne

This was originally released as the ground-breaking film that introduced the concepts of The Law of Attraction to millions of people. Available in 50 languages, The Secret provides a modern-day gateway for new LoA followers and a useful teaching tool for veterans.

The Law of Attraction: The Basic Teachings of Abraham by Esther and Jerry Hicks

Esther and Jerry Hicks have been Law of Attraction proponents that have been prominent since the 1980s. “Abraham” provides unique perspectives about applying LoA to everyday lives. Whether it is about money, love, health, or even the most mundane chores, there is something here that can be useful.

The Seven Spiritual Laws of Success: A Practical Guide to the Fulfillment of Your Dreams by Deepak Chopra

Deepak Chopra’s Seven Spiritual Laws of Success remains one of the simplest, but most effective, definitions and explorations of the Law of Attraction. Chopra’s ideas are easy to disseminate, especially when attempting to explain how to practically apply LoA concepts to change one’s beliefs about the programming of society that create blockages.

Autobiography of a Yogi by Paramahansa Yogananda

Paramahansa Yogananda is often considered as the father of Yoga in the modern Western civilization. This book is the one that Steve Jobs himself drew inspiration from until the end of his life. It presents interesting and entertaining accounts of the more esoteric areas of the Law of Attraction.

Awaken the Giant Within by Tony Robbins

The Success Principles: How to Get from Where You Are to Where You Want to Be by Jack Canfield

Manifestation is at the core of the Law of Attraction. Jack Canfield presents how to manifest effectively. Like his other bestseller, Chicken Soup for the Soul, Jack shares the steps in successful manifestation in a way that is easy to understand.

The 5 Second Rule: Transform your Life, Work, and Confidence with Everyday Courage by Mel Robbins

Start with Why: How Great Leaders Inspire Everyone to Take Action by Simon Sinek

Simon Sinek interviews noteworthy leaders of our time. What he finds is that many of these leaders have the same idea about where to start. And that is by asking “why”. The basic question is asked in reference to the goal and motivations of these leaders that led them to accomplish greatness.

Mind Right, Life Right: Manifesting Dreams Through The Laws of The Universe by Ash Cash

Another book that explores simple methods in applying Law of Attraction principles, Ash Cash does it in a very straightforward way. The more elaborate aspects of the Law of Attraction are placed on the side in favor of practical explanations in everyday situations.

The Power of Intention by Dr. Wayne W. Dyer

You Can Heal Your Life by Louise Hay

The lessons about how to heal one’s self through the power of beliefs and intentions is the central idea of this book. Louise Hay takes this concept to changing one’s thought patterns in order to heal the mind, body, and spirit.

Wishwork: Make a Wish, Do the Work, and Watch It Come True by Alexa Fischer

“Wishing” is often said to be something to be avoided in applying the Law of Attraction. However, getting rid of blockages takes time. Alexa Fischer uses the familiar concept of wishing, and then using a tool (a bracelet) into translating intentions into manifestation.

Habits for Success: Inspired Ideas to Help You Soar by G. Brian Benson

Like others on this list, Benson explores how to use laymen’s terms into explaining and applying Law of Attraction principles. It particularly takes into account the importance of using imagination to visualize what one wants to create into being. Self-improvement and growth through awareness are also expanded on.

Bhupendra Singh Rathore is a relatively new player in the Law of Attraction community of authors, coaches, and experts. But his book does a great job in providing information on how to use the subconscious and unlocking one’s potential through daily practice of visualization and meditation.

The Map to Abundance: The No Exceptions Guide to Money, Success, and Bliss by Boni Lonnsburry

Where most other authors focus on how to set intentions and visualize in order to manifest, Boni Lonnsburry’s own book tackles the blockages. This reverse approach can work better for people who find greater difficulty in understanding what is preventing them from accomplishing their Law of Attraction goals.

I’m Rich Beyond My Wildest Dreams: How to Get Everything You Want in Life by Thomas L Pauley, Penelope Pauley

Another practice that works well beyond visualization is speaking desires into being and journaling. Writing is something anyone can do. Using a journal or a notebook is an effective tool which the Pauley authors delve in thoroughly in this book.

Secrets of the Millionaire Mind by T. Harv Eker

Eker’s book puts a heavy focus on the financial rewards, but it is in no way short on the Law of Attraction ideas and applications. Money and wealth are commonly included in any major goals that LoA practitioners want in their lives. Changing one’s mindset is emphasized to accomplish wealth goals.

The ABCs of Success: The Essential Principles from America’s Greatest Prosperity Teacher by Bob Proctor

Bob Proctor is one of the longest practicing authors and speakers on using Law of Attraction to improve people’s lives.  Many of the later authors on this list have been inspired by Bob’s own work, which itself draws a lot from Napoleon Hill’s Think and Grow Rich. Proctor makes things accessible with the air of experience that few can match.

Wealth Beyond Reason: Mastering The Law Of Attraction by Bob Doyle

This book by Bob Doyle is geared more towards people who are skeptical about the Law of Attraction. What makes this a great resource is Doyle’s attempt to tie scientific facts to support manifestation. This is a good book for those who would like to explain Law of Attraction principles to others with little to no idea of what it is.

Which book will you read first?

There is a wealth of Law of Attraction books in print, digital, and audio formats available today.

As 2020 progresses in earnest, the above listed are highly recommended as a starting collection for those interested in applying LoA into their own self-discovery and manifestation success journey. Happy Reading!

More great reading for you...

How to change your life forever

How to change your life forever

How to Manifest Anything Into Your Life

How to Manifest Anything Into Your Life

How to Raise Your Vibrational Frequency

How to Raise Your Vibrational Frequency 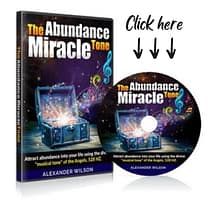 How to Use a Manifestation Journal

5 steps to Raise your Vibration to attract what you want

How to Manifest Love with Your Soul Mate

How to Apply the Law of Attraction Daily

How To Read The Secret "Signs" From The Universe To Guide You Towards Wealth, Success, and Happiness!